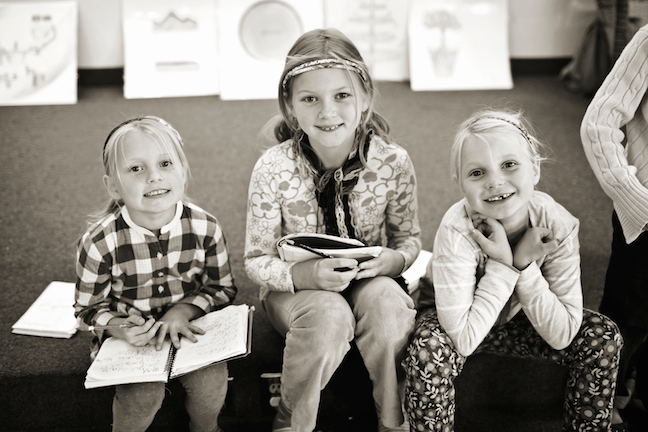 Another wonderful benefit of the mixed-age group is that children can be given lessons that are challenging and realistic for their skill level in all of the subject areas. If a child is talented in one subject area, they can be given lessons in small groups with older children who are working at the same level. If they are lagging in one area, they can be put together with younger ones. The idea is to meet each child at the point where they are. This keeps them constantly progressing from the point where they happen to be in any area of the curriculum. They are challenged. In an ordinary classroom, there are inevitably children who are bored, because for them the work is too easy. Naturally there are also children who are overwhelmed, because the lesson is too advanced for where they are.

In Montessori we want the children to be inspired to reach their potential. Part of what makes this possible is having the mixed-age group.

A Need for Order